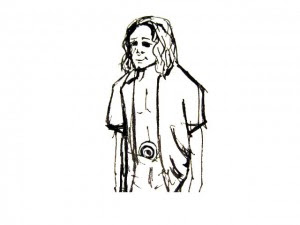 Surfers like “Jeff Spicoli”, a surf bum hero from the popular 80’s film “Fast Times at Ridgemont High”.  Some of the more regurgitated lines such as, “Those guys are fags” and “I know that dude” can be recognized by nearly any surfer age group.  You might also witness the more obscure, “Where’d you get that jacket?!” during early fall BBQs with friends or other social gatherings alike.
Perhaps the rise of Spicoli as an iconic cult classic for surfers everywhere lies in his prophetic statement, “All I need are some tasty waves and a cool buzz, and I’m fine!” Identify with Spicoli or not, his uncanny ability to cruise through life (…or at least high school) in the pursuit of waves, babes, and beer is a captivatingly agreeable mantra, one that undoubtedly strikes a chord in many a surfer’s heart.  While it would be wrong and perhaps socially irresponsible to peg Spicoli as the unanimous embodiment of every surfer (see “Blue Crush” or “Point Break” for Hollyweird’s grossly negligent generalizations on surfers), surfers cannot help but love the guy!
Spicoli’s issues with truancy, stoney-baloney induced aloofness, and class clown antics wins over even the surliest old fellow in the lineup.  Ordering pizzas for delivery in History class and semantics battles with Mr. Hand such as “If you’re here…and I’m here, isn’t this “our” time?” are all in a day’s work for Spicoli.  After all, according to Spicoli, “Surfing's not a sport, it's a way of life, you know, a hobby. It's a way of looking at that wave and saying, "Hey bud, let's party!" 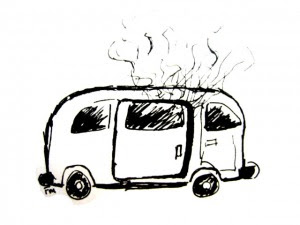 Posted by StuffSurfersLike.Com at 9:37 PM